Atlanta based, Mic Larry defies stereotypes. With a blend of rock and R&B, he brings a new sound to todays music 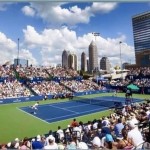 ONE ON ONE WITH NEW RECORDING ARTIST MIC LARRY!

Most of you know I’m a music lover… I was thrilled to get a chance to have a brief chat with Mic Larry, a new cutting edge recording artist from Texas.  This rising musician now lives in Atlanta putting all of his energy into ensuring the voice you hear on the album is the voice you hear live. His mother, who … 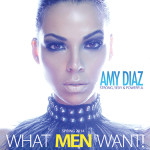 When someone says they’ve mixed genre styles of music, what are you expecting to hear? Hopefully something you can relax, relate, and two-step to right? Rock, POP, & R&B are all of the genres that Mic Larry has blended together to create his own unique style. Mic Larry grew up in Oklahoma and following …

Working in corporate America can be a good thing and it can work for some people. For a certain computer science major however, it just wasn’t the right fit for him, so he has to follow his heart and pursue something different. As a result, his music minor is the catalyst of his major move, …